Top Ingredients To Avoid In Your Pomades 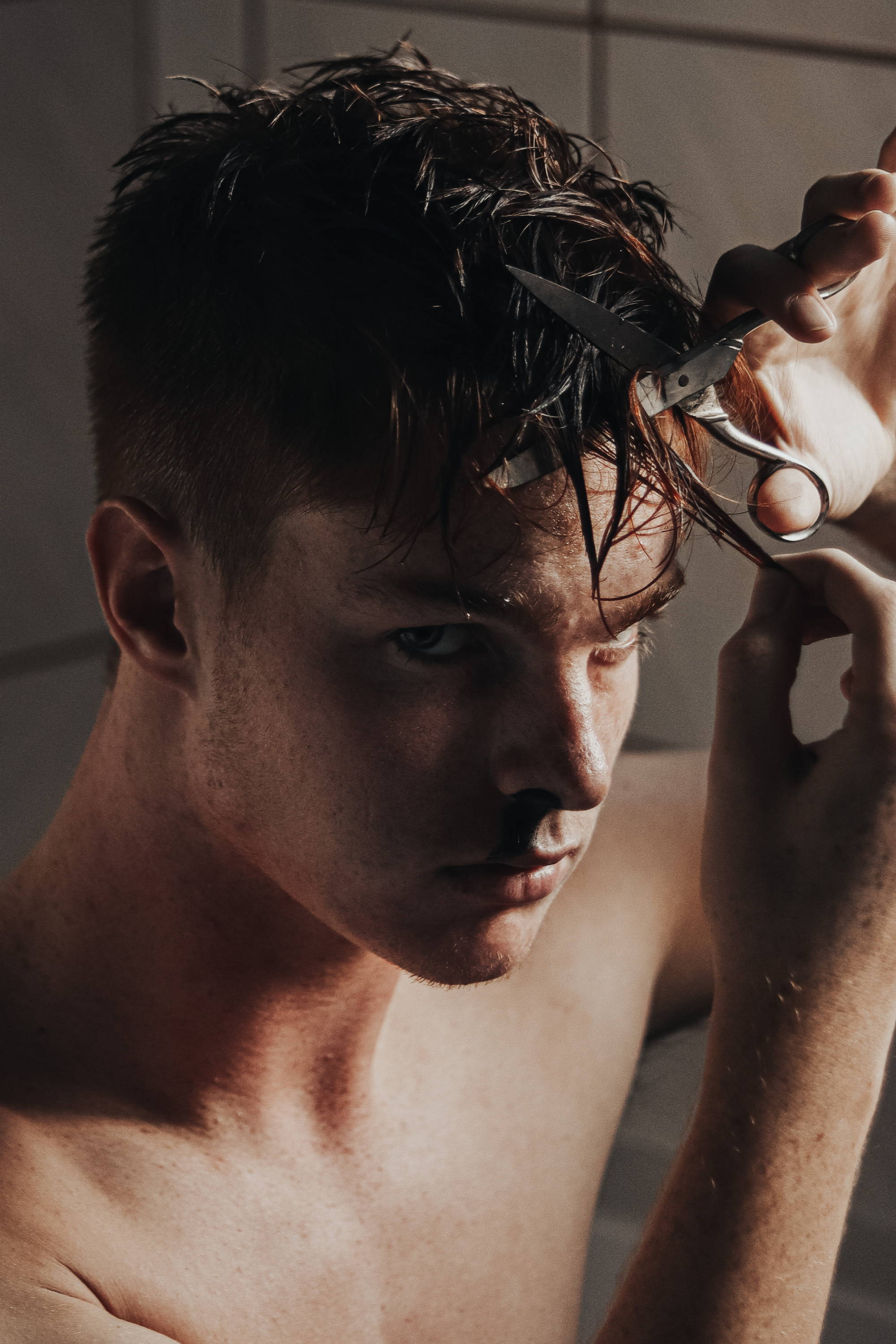 Let's start by stating the obvious, your skin is the largest organ in your body and absorbs everything you put on it. So the thought of using harsh chemicals, carcinogens, or irritants anywhere on your body should quite literally, make your skin crawl. And yes, the pomade you use to style your hair absorbs directly into the skin on your scalp. So if you use products with harmful ingredients regularly, you are exposing yourself to the negative effects with every use.

After years of using the same pomade (which, by the way, did a great job of styling my hair) I started noticing hair falling out by the fistful and my scalp felt like it was burning more often than not. So I stopped using that product and noticed immediate relief from the irritation. Within a few months, my hair was more full, had more life to it, and was growing faster than ever. But it wasn't until after researching the ingredients in a number of leading pomades, that I realized there was something seriously wrong with the status quo, so I spent the next two years developing HWG's first two pomades with clean active ingredients that not only performed but were actually good for your hair.

In the process, we found that there are a few common red flag ingredients widely used in the industry that cause irritation, dry out your hair follicles and scalp, and can ultimately lead to hair loss. 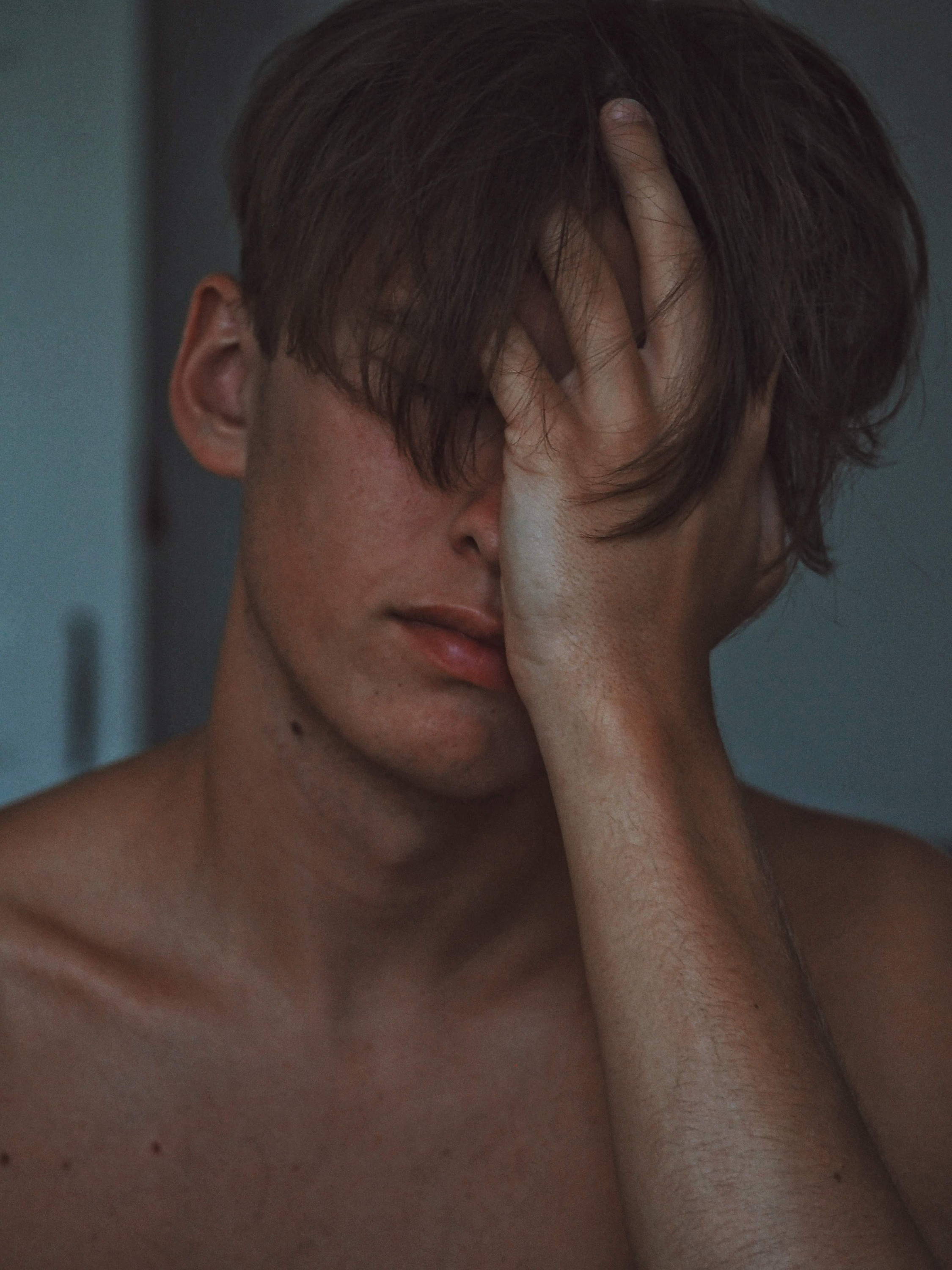 FDA-regulated does not mean FDA-approved. FDA does not have the legal authority to approve cosmetics before they go on the market, although we do approve color additives used in them (except coal tar hair dyes).

Petrochemicals coat the skin like a plastic barrier, clogging the pores, and slowing down skin function and cell development. This results in horrible side effects like premature aging, acne, dry skin, and toxins in the respiratory system. Further, any mineral oil derivative can be contaminated with cancer-causing PAH (polycyclic aromatic hydrocarbons) allowing carcinogens to develop.

PEGs (polyethylene glycol) are petroleum-based compounds that function as thickening agents in many cosmetic products, including pomades. This synthetic ingredient can be very harsh on the scalp and hair as PEGs strip the hair of moisture, a key cause of hair loss. The FDA classifies PEGs as Generally Recognized as Safe (GRAS) ingredients for both food and cosmetic production. However, the process of making PEGs creates toxic byproducts. Additionally, its starting materials are highly toxic to humans and are known to have carcinogenic properties. During the manufacturing process, PEGs have been found to be contaminated with measurable amounts of ethylene oxide and 1,4-dioxane. The International Agency for Research on Cancer classifies ethylene oxide as a known human carcinogen and 1,4-dioxane as a suspected human carcinogen.

PEG comes from the ethoxylating, of Propylene Glycol. This ingredient works for what it is intended to do, deep cleaning ovens that have accumulated a ton of baked-in grease. But unless you're regularly deep frying your hair in oil, you're not likely to ever need such a harsh chemical to dissolve oil and grease buildup on your hair.

To be fair, the use of PEGS in a product will not always mean you’re at risk of carcinogen exposure, but the risk is real and the market standard will not always protect you from exposure.

Dyes are used simply for marketing purposes to change the color of a product and have no functionality or need to be included in your pomades. Additionally, many of these synthetic dyes contain harsh chemicals that cause skin irritation, cause behavioral changes, and contain known carcinogens.

Red 33 is a synthetic dye produced from petroleum or coal tar sources.

FD&C Color Pigments, which include Yellow #11 and Blue #5, contain coal tar, which is a carcinogen. They also deposit toxins into the skin causing irritation to the scalp.

Red 3 causes cancer in animals, and there is evidence that several other commonly used dyes also are carcinogenic. Three dyes (Red 40, Yellow 5, and Yellow 6) have been found to be contaminated with benzidine or other carcinogens.

Yellow 5, also known as Tartrazine, has been associated with behavioral changes, including irritability, restlessness, depression, and difficulty sleeping. Yellow 5 has been linked to several other health problems, including blurred vision, migraines, fatigue, and anxiety. 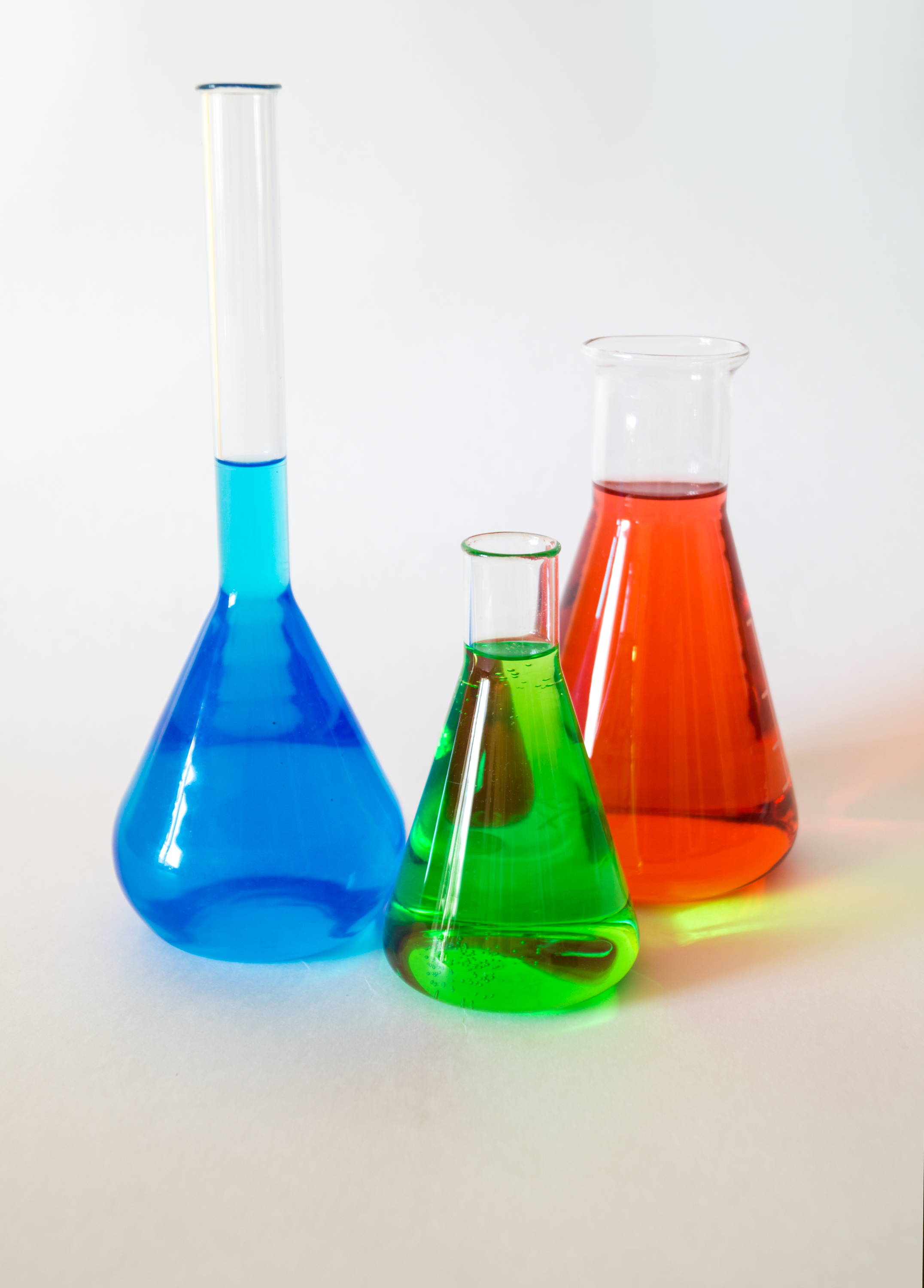 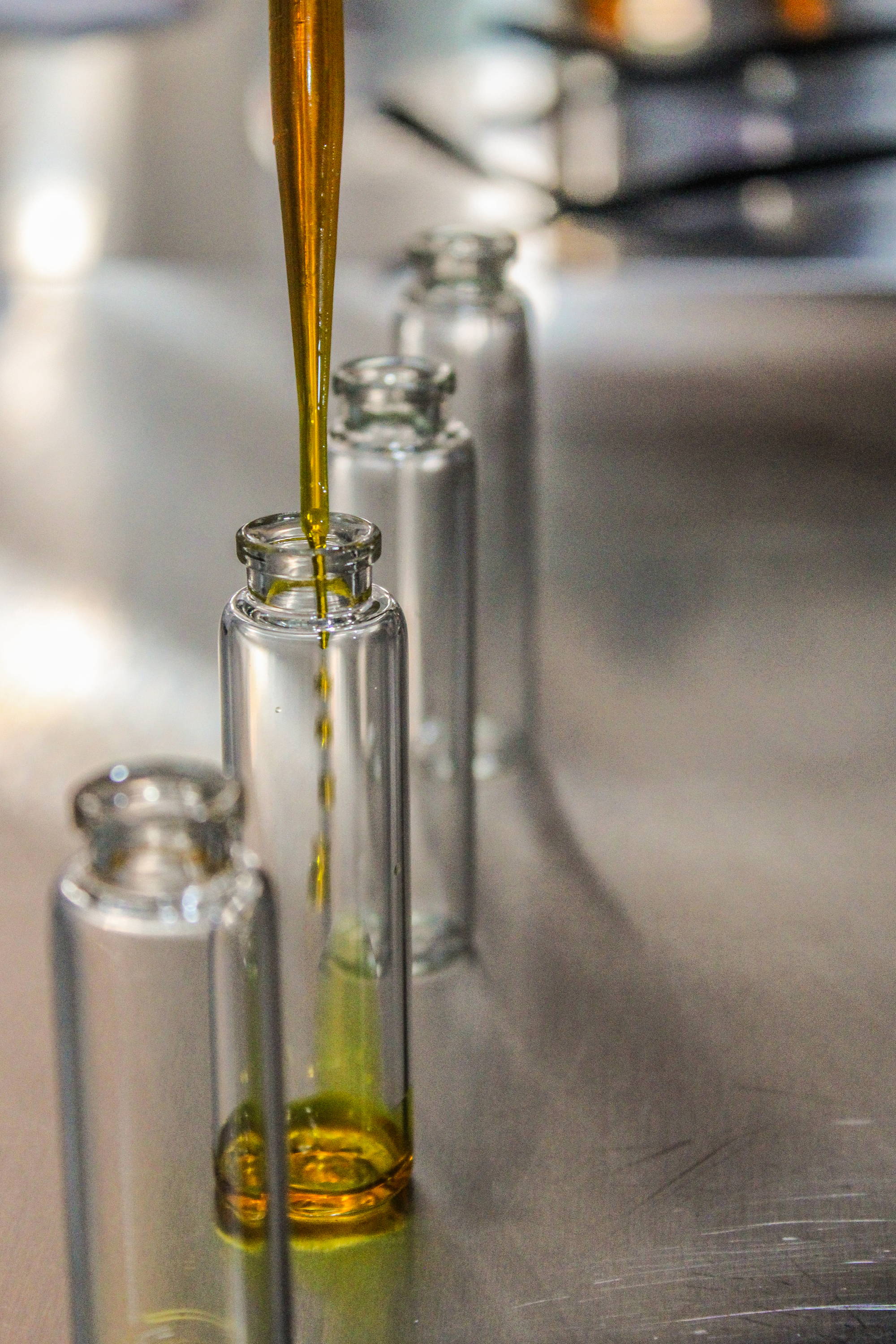 Fragrances make products smell good, but they may not be good for your hair. Synthetic fragrances are often formulated with chemicals, and they can be irritants and contain mildly toxic substances. Many brands use synthetic fragrances in their products, along with harsh chemicals like sulfates, parabens, and phthalates that can strip the natural oils from your hair and scalp, leading to dry or greasy hair. If you're already dealing with dandruff, this can make your flaking even worse.

Synthetic Fragrances, or parfums as they're sometimes called, are fragrances created in a lab usually from petroleum and natural gas byproducts. Depending on the sourcing, quality of the fragrance, and the reputation of the company, some fragrances can include chemical makeups such as phthalates or carcinogens. But here's the kicker, there is almost zero regulation on fragrances, so brands can put almost anything in there.

HWG set out to develop products that make your hair healthier and look better. We do this by eliminating chemicals and using ingredients that help moisturize your hair and scalp to prevent loss while promoting healthy hair growth. We only use ingredients that are necessary for the performance of the product and are good for you. And the only fragrances we use are blends of essential oils.

Shea Butter Provides moisture to dry or damaged hair, repairing and protecting against damage and dryness. 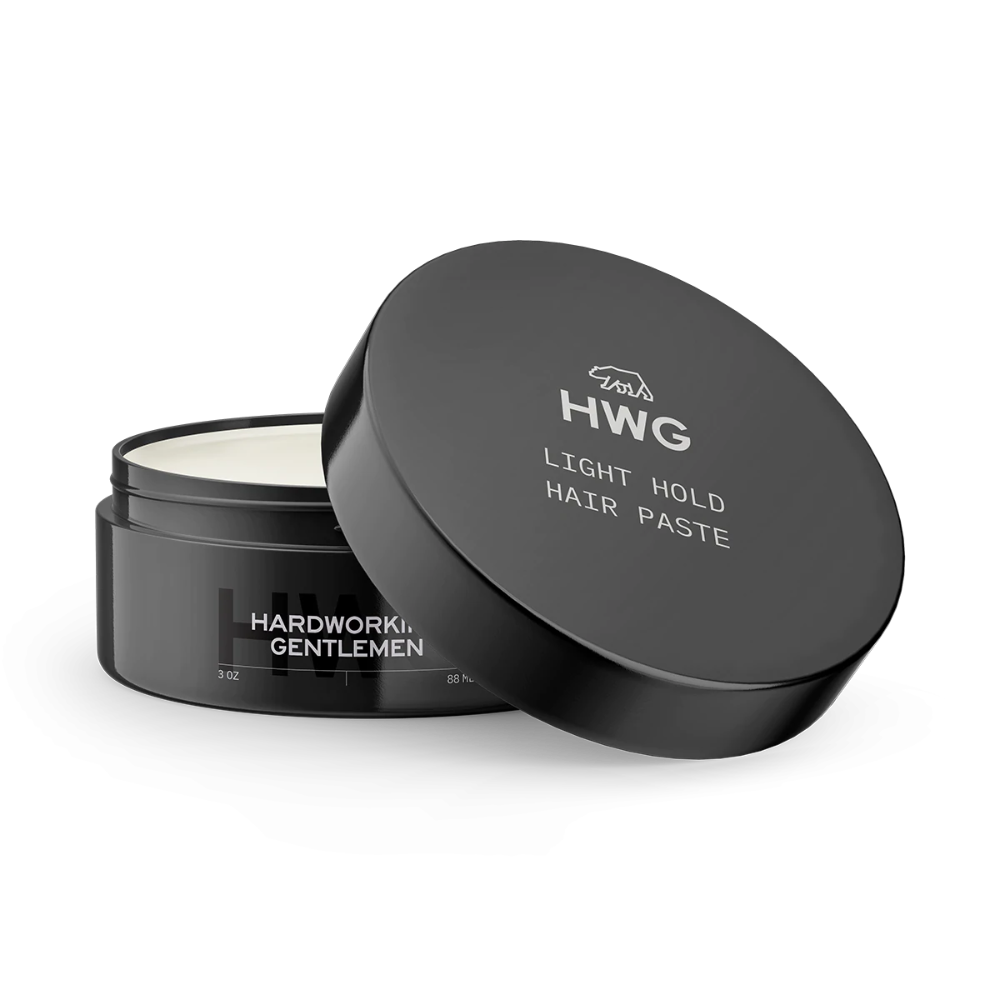 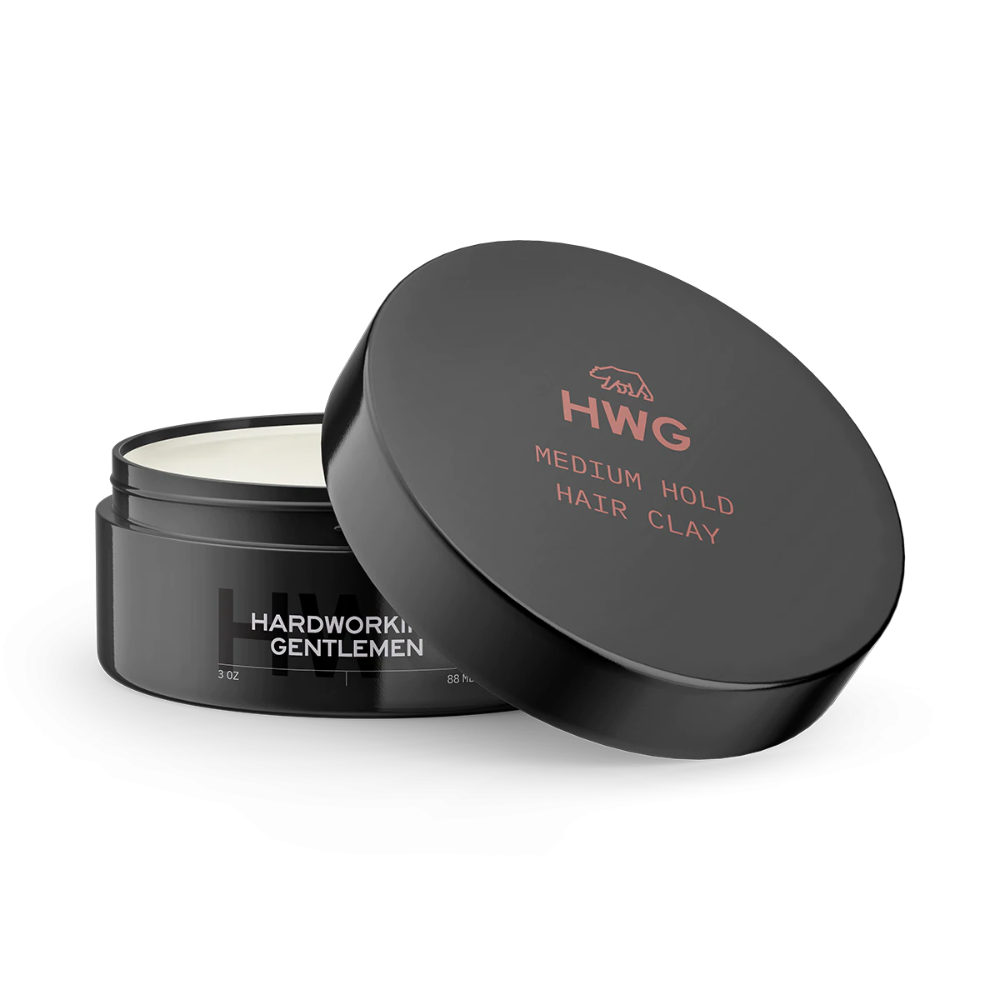 Shea Butter Provides moisture to dry or damaged hair, repairing and protecting against damage and dryness. It absorbs quickly and completely into the scalp to rehydrate without clogging pores.

Bentonite Clay This natural clay helps draw out impurities from the skin and hair without stripping them of healthy oils. Adds volume to the hair without adding weight, leaving a matte and texturized finish.

Jojoba Oil Packed with vitamins and minerals, jojoba oil can moisturize the scalp and nourish the hair. 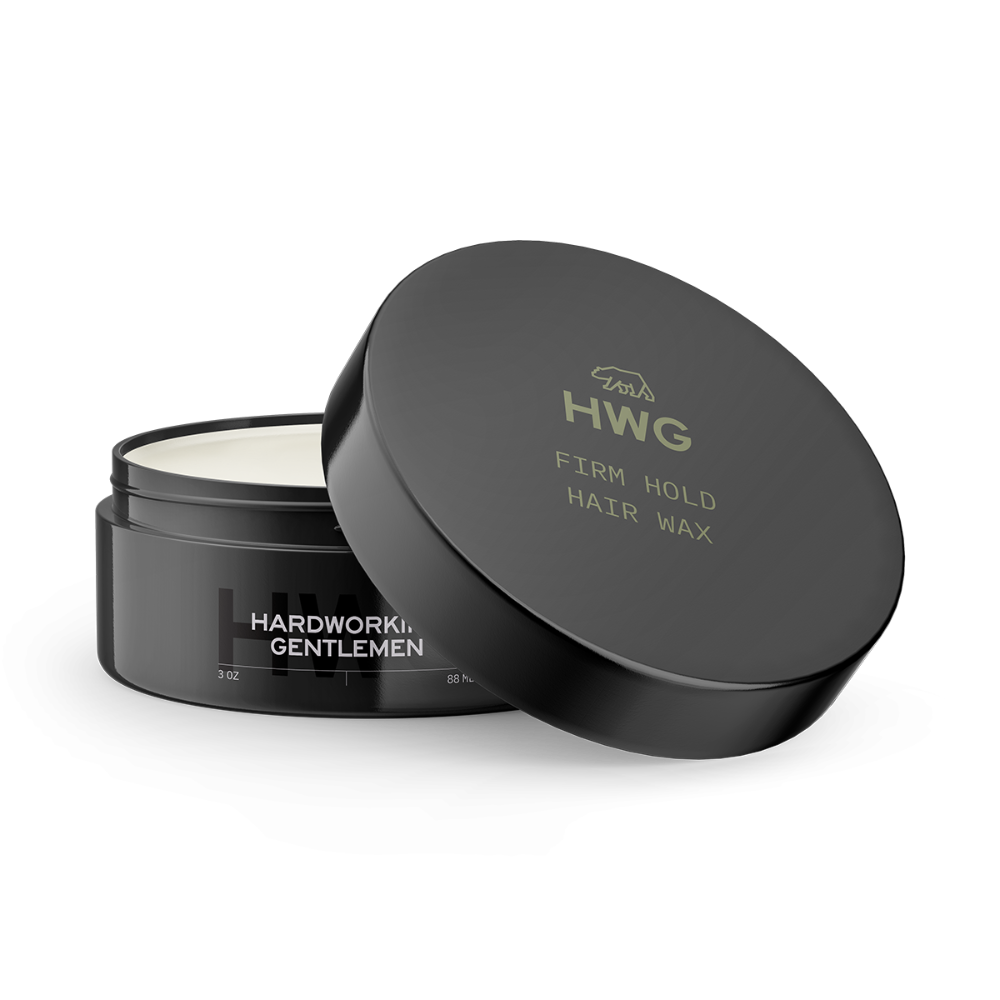 Now, there are a lot of factors that can contribute to healthy hair, like diet, water intake, stress, and all the other products you use in the bathroom (Shampoo, Conditioner, etc.), so a good place to start is ensuring the products you use regularly have clean active ingredients that help promote healthy hair growth rather than strip your hair of what it needs. We're happy to help with the products ;).

Be the first to know about upcoming sales and promos. Get a 20% discount coupon when you subscribe!

Sign up to get the latest on new releases & promotions.